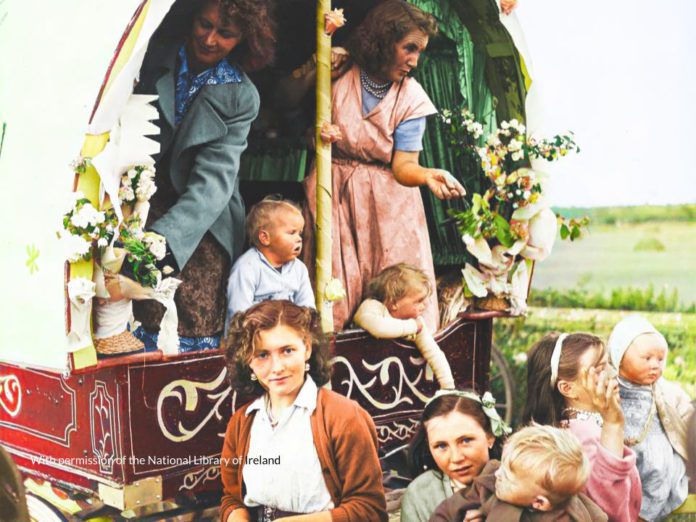 NUI Galway marked International Traveller and Roma Day yesterday by announcing a webinar which will examine the experience of Irish Travellers since the foundation of the State.

The event is a collaboration between Traveller activists, allies and NUIG, titled Irish Travellers/Mincéirs and the State 1922 – 2022: The Struggle for Equality.

Yesterday, Friday, was International Traveller and Roma Day which marks the first World Romani Congress which was held in London on 8 April in 1971.

It was the beginning of a European movement to lobby against the inequalities faced by Roma and Travellers.

President Higgins said: “It is particularly apt that the launch of this conference takes place on International Traveller and Roma Day, a day which invites us to reflect on the many challenges still facing Roma and Travellers and the strategies necessary to meet these challenges.

“The distinctive history, identity and tradition of Irish Travellers is woven deeply into the story and culture of Ireland and it has made a significant and positive contribution to Irish society.”

The conference was proposed by Traveller activist Patrick Nevin and psychologist Elaine Martin, and will be hosted in collaboration with the Irish Centre for the Histories of Labour and Class at NUI Galway.

Psychologist Elaine Martin said that there is a blind spot in the Irish psyche about Travellers.

“We denigrate Irish Travellers in the same way as Irish people were othered throughout history; the shoe is merely on the other foot,” she said.

Traveller activist Patrick Nevin said: “The project by the new Irish state from 1922 to the present, was to deny, assimilate, absorb, and to attempt to eradicate Tinker/Traveller identity. It has been an organised and concerted effort from the start.”

NUI Galway’s Traveller Education Officer, Owen Patrick Ward, added: “This conference will highlight the many contributions made by Irish Travellers since the foundation of the Irish State; contributions, that for so long has been ignored and erased from public discourse.

“I want to commend all involved in this collaboration and NUI Galway for continuing to play a leadership role in this area.”