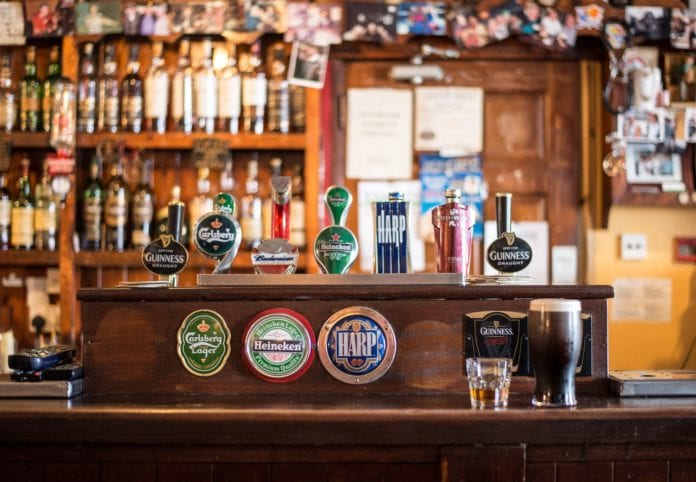 Galway has almost 100 less pubs than it did in 2005 according to the Drinks Industry Group Ireland.

In fact, every county in Ireland has less pubs than it did back in 2005, though the drop is far more pronounced in some counties than in others.

But aside form Cork the worst hit was the Midlands and other rural counties. Leitrim saw a 24% decline in its pubs, Roscommon is down 23%, and Mayo is down 22%.

Padraig Cribben, CEO of the Vinters Federation of Ireland and DIGI member said this was a worrying trend.

“These pubs are small businesses, mainly in rural Ireland, that provide significant employment and continue to create jobs in local communities.”

“In Mayo alone, hospitality and drinks businesses enable 4,095 jobs while in Donegal, there are 368 pubs and 7,445 jobs supported by the industry. This demonstrates the scale of employment that this sector creates rurally.”

“However, the sharp decline in the number of pubs is worrying and is further evidence of the need to monitor the industry and ensure the necessary supports are in place to reverse this trend,” he said.

The DIGI is a representative group for the wider drinks and hospitality industry in Ireland.

Drinks and hospitality are a major economic sector in Galway according to a DIGI report, employing some 11,800 people..

While nowhere escaped the decline of the pub entirely unscathed, by far the smallest drop in numbers was seen in the East of the country.

The DIGI says the Ireland’s high level of taxation on alcohol is harming the industry and costing jobs.

“While the Government committed to assist small rural businesses recover during the recession, business owners in the drinks industry were challenged by two increases in alcohol excise tax in Budget 2012 and Budget 2013,” said Padraig Cribben.

“Our punitive alcohol excise tax – the second highest in the EU – slows the growth of these businesses and impacts their day-to-day operations and bottom line.”

“DIGI is calling on the Government to reduce Ireland’s high rate of excise tax. A reduction in alcohol excise tax will encourage the growth of our drinks and hospitality sector, return money to Irish consumers and make Ireland more competitive internationally.”

While pubs have certainly been suffering, other areas of the alcohol industry has seen string growth in the same period.

The number of off licences increased nearly 12% from 2,966 in 2005 to 3,331 last year, while the number of licenced bars and restaurants that only serve wine also saw a more modest rise of 3%.