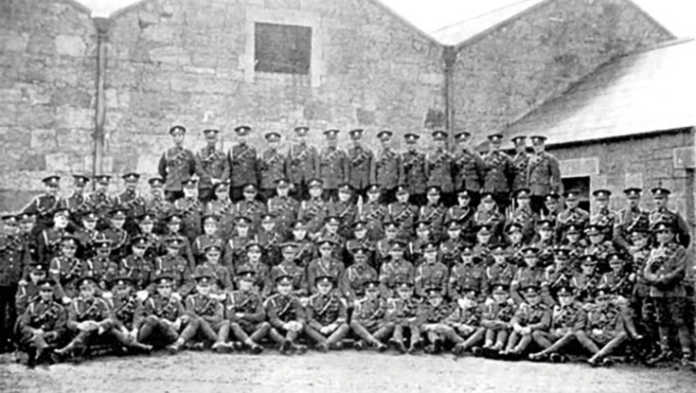 NUI Galway is holding a free online event this evening to commemorate the centenary death of Michal Moran, who was shot to death by the Auxiliaries in 1920.

On November 24, 1920 Moran was in the custody of the Auxiliaries when he was shot to death while allegedly attempting to escape.

The Carrowmoneen native was the commander of the Tuam IRA battalion, and was responsible for organising a number of raids, and an ambush of RIC constables in the area.

He was arrested in October 1920, and on the day in question he was being escorted from the RIC barracks on Eglinton Street to the temporary barracks of the 17th Lancers, at what is now the College Bar and O’Donoghue Centre area of NUIG.

Moran was shot to death at the old ball alley at Queen’s College Galway after allegedly trying to run for it.

To mark the centenary of the tragedy on its campus, NUI Galway is holding a webinar which will discuss the life and death of Michael Moran.

The webinar will also examine the broader political context in which it occurred, in particular the escalation of the conflict in Ireland during the closing months of 1920.

The discussion will be moderated by Dr John Cunningham (Dept of History, NUI Galway).