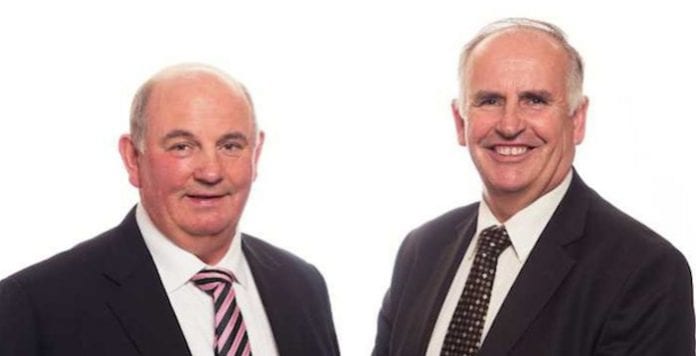 Luke and Brian Comer, property developers from Glenamaddy, have turned a €77 million profit selling a Dublin office block they bough in the recession.

The Comer Group, the brothers’ property development company, acquired the Beckett building on East Wall Road for just €5 million in 2013.

The office block had belonged to developer Liam Carroll, and was in receivership with the Bank of Scotland (Ireland).

According to the Sunday Times, last year the Comer Brothers sold it to Kookmin Bank of South Korea for €101 million after substantially investing in it.

The six-storey office block is currently under a 15 year lease to Facebook.

Corporate filings show that the company the Comers used to purchase it, Favonius Property Company, is being voluntarily liquidated.

It reports assets of €76.7 million and liabilities of just €68,000. These assets will be distributed to the company’s shareholders.

Originally from Glenamaddy, Luke Comer Sr and Brian Comer are both residents of Monaco for tax reasons.

It’s estimated that their property portfolio in Ireland alone is worth €2 billion, while they also own much more property in the UK and Europe.

Luke Comer has said they plan to build 10,000 homes in Galway, Cork, and Dublin over the next five years.