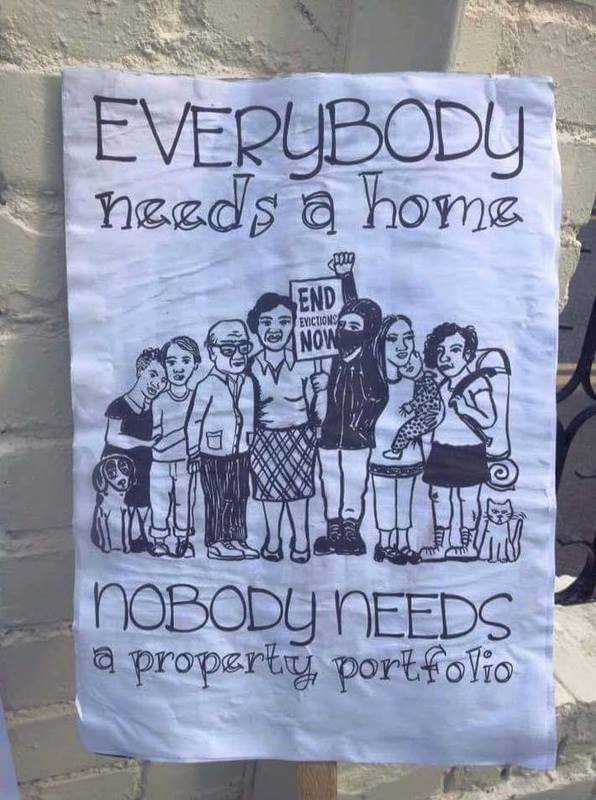 Aine Trainor has had enough with the housing crisis.

After more than a year living in Albania and Greece and working with the European Volunteer Service, she moved back to Galway last July.

But it wasn’t the same city she left.

She had heard about what was going on in Galway from friends while she was away. Yet the reality of it — the levels of homelessness, the “huge hikes” in rent — shocked her.

So she and her friends joined the Galway Housing Action Group and started giving away tea and coffee at the Galway repossession court.

The court, held on the last Tuesday of every month, can see anywhere between 80 to 100 repossession cases each session.

They’re there to offer a chat and emotional support to those potentially about to lose their homes, and who are forced into what Aine calls a “very dehumanising environment”.

She says that sometimes even a bureaucratic mess-up or a faulty contract can result in a repossession. “There’s so many shades of grey there…it’s not black and white. It’s not just a matter of they got a loan that they didn’t pay back.”

“I suppose what we’re trying to do is to move this away from private interests, and making it political. It is political, it’s so political. It’s about connecting the dots a little bit, and showing that this is part of a bigger trend that’s going on, in Ireland and across the world — which is the financialisation of housing.”

The youthful twenty-something is originally from the North, but now calls Galway home.

And she thinks she could have at least a temporary solution to the crisis in her adopted city.

After experiencing self-organised occupations — that is, large-scale squats that are started by networks of activists but run by the residents — in Europe and in the Canary Islands, she believes it could be a quick short-term fix for the housing crisis here.

“Essentially it’s about reclaiming private or public land that is vacant, so it’s not being utilised, and utilising it,” she explains.

Census data from 2016 show that for every 1,000 people in Galway city there are more than 36 dwellings sitting vacant.

And as temperatures take a turn towards freezing this week, the plight of the homeless is difficult to ignore.

But the housing emergency is a massive and multi-dimensional problem.

While occupations may help the people on the street now, it’s the evictions, “renovictions”, and repossessions caused by larger economic trends and allowed by government policy that will force more and more people into homelessness.

According to Aine, the financialisation of housing — where houses are seen as moneymaking tools for speculators rather than family dwellings — has not only worsened the crisis, but has also drastically altered the character of cities across Ireland, including Galway.

A public meeting held by GHAG last month featured a talk by Kevin Flanagan from NUI Maynooth on gentrification and what he calls the “right to the city”.

In his talk he outlined how large corporations and multinationals are pushing out small family-owned businesses at the same time that property developers are bulldozing single-family homes to make hotels and luxury apartments.

Even just one internet company, AirBnB, has the potential to destroy a sense of community by bringing in short-term tourists to traditionally residential areas.

The issues plaguing the city — homelessness, rent hikes, mortgage scandals and unaffordable housing, repossessions and evictions — are part of this larger trend.

And residents are taking notice. Nearly thirty people showed up to last month’s GHAG discussion, and many of them were upset about what they saw happening in their city.

“People just need to organise,” says Aine. “GHAG, we’re just a handful of people. What’s really really important is that people need to see that we’re in a crisis, and we’re in a state of emergency…There’s a collective onus on everybody. It’s all of our responsibility to try and do something, in whatever that is. Even if it’s just talking about the crisis, not normalising homelessness, and not normalising the huge rent increases.

But seeing emotions run high at last month’s meeting gives Aine hope. “There was real outrage. People are really really angry about what’s going on, and rightfully so. So it’s about channeling that in a positive way.”