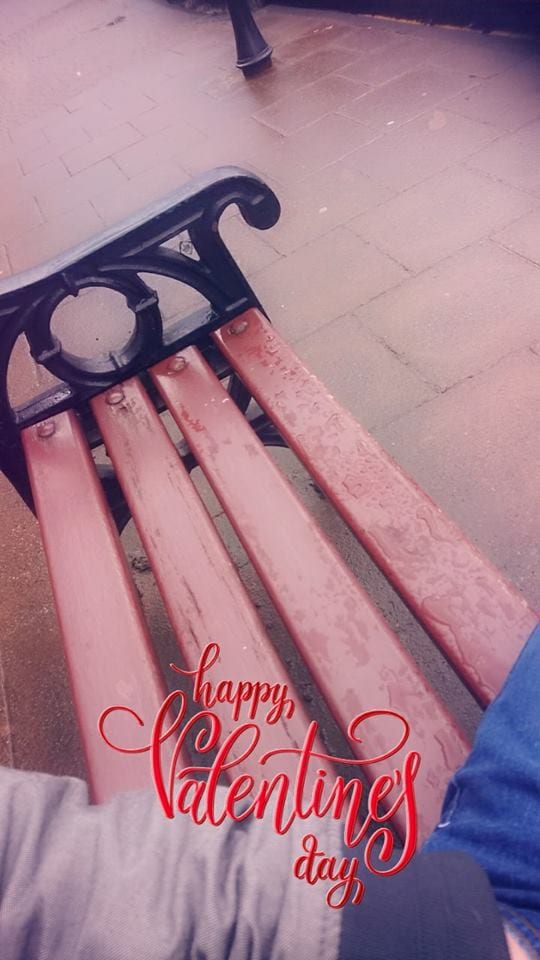 Popular Facebook event “Sob on Bench Sadly 2018”, set for 2-4pm on Valentine’s Day, gave single people – and everyone really – a reason to laugh-cry on the day traditionally meant for couples.

With the hashtag #SOBS2018 and the tagline “TOGETHER ALONE”, the event drew the interest of over 1,000 people on Facebook. Many even showed up in Eyre Square on the day to hang around on park benches.

But co-creator Blue Hanley never expected it to take off when she created it as a joke with a friend back in 2014.

“We made it as a complete joke but he made the event public and it caught a bit of traction,” she says. “I started to have a few people ask me about it and what we were doing like it a was completely real event.

“Myself and another friend actually sat in a bench for an hour in Eyre Square that day and ate ice-cream and a few people came by having heard about it on FB.
The following year other people asked me was the event still on so I made it myself…

“It’s been gaining interest each year and three of the years I did instigate a bench gang in Eyre Square – one year we had about forty people which was hilarious.”

The Galwegian native – a theatre technician and circus tutor – was taken by surprise when the event went viral this year. Due to the high level of interest, she wants to turn it into more of an event next year.

“This year it really blew up into over 1,000 people seeing it and people taking photos, so I think next year I’ll make it a legit event. I’d like to get some local food place involved, have some events in parallel in Ireland and just have a bit of fun.”

It also asked people to bring tissues and a DVD of ‘the Notebook’ with a projector.