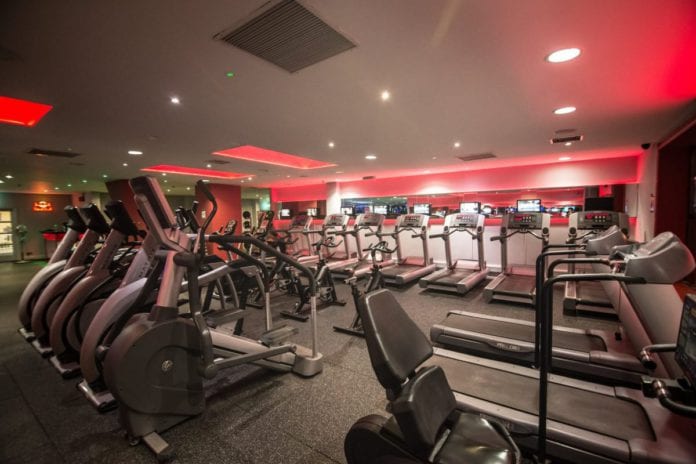 For almost twenty five years now Active Fitness gym and leisure centre has been providing a place for people at the Connacht Hotel and the entire nieghbourhood to exercise and unwind, even before it went by its name.

Galway’s Connacht Hotel first opened its gym and leisure centre in 1995 after a £1.8 million investment in a 20 metre swimming pool, a Therapeutic Geyser Pool, Lounger Pool, Jacuzzi, and Sauna.

Going to the gym for your fitness needs is still relatively new to Ireland, culturally speaking. Especially compared with countries like the United States and Germany where it was adopted much earlier.

Active Fitness has kept up with the times by constantly adding new equipment, classes, and other ways to make it easier than ever for people to start getting in shape, and just as important, to keep it up.

In 2011 the gym and leisure centre was rebranded as Active Fitness at the same time it underwent a major expansion and refurbishment.

A large aerobics studio, state of the art cardio fitness area, and holistic treatment room were added during the renovation. New equipment going hand in hand with new ideas on how to encourage people.

These days, on top of the fully equipped modern gym, Active Fitness offers a wide range of classes in everything from Yoga and Pilates, to strength training, karate, and Boxercise with a full schedule that runs almost all year round.

Andrew Caufield has been the manager of Active Fitness for almost five years, and he says part of what makes it so popular with guests at the Connacht Hotel and the surrounding community in Galway is the level of help the offer to new arrivals and old hands.

Going into a modern gym can be an overwhelming experience for people who haven’t been to one before, with a dizzying array of machines designed to exercise very specific muscles, ones people may not have even known they had.

Having access to an instructor, even just to ease someone into the process and guide them in the right direction can be the difference between sticking it out, and giving up in despair, Andrew says.

“If you haven’t been a member at all before you see people up there and they do a bit of this, a bit of that, and they go and get disheartened and they don’t come back because they don’t see results.”

“People are a bit shy, or even embarrassed. They think ‘Oh I don’t know how to use that so I’m not even going to try. So it’s important to have someone there to spot that and lend them a hand.”

Initially the instructor will do a fitness assessment with new arrivals to see what kind of routine to start them on, and then check up on their progress every few weeks, making adjustments along the way to encourage people to keep up their work.

One area where Active Fitness benefits over many other local gyms is having the hotel Leisure Centre, in all its leisurely glory, right there for them when they’ve finished a work out.

“A lot of people pick us over other gyms because they can go to the sauna after, rather than just having a dry gym,” Andrew tells me.

“Everyone likes the sauna, the steam room, Jacuzzi. There’s a lounge area in the pool as well where you see a lot people go after. There’s very few people who come into the gym and just leave. They avail of everything.” 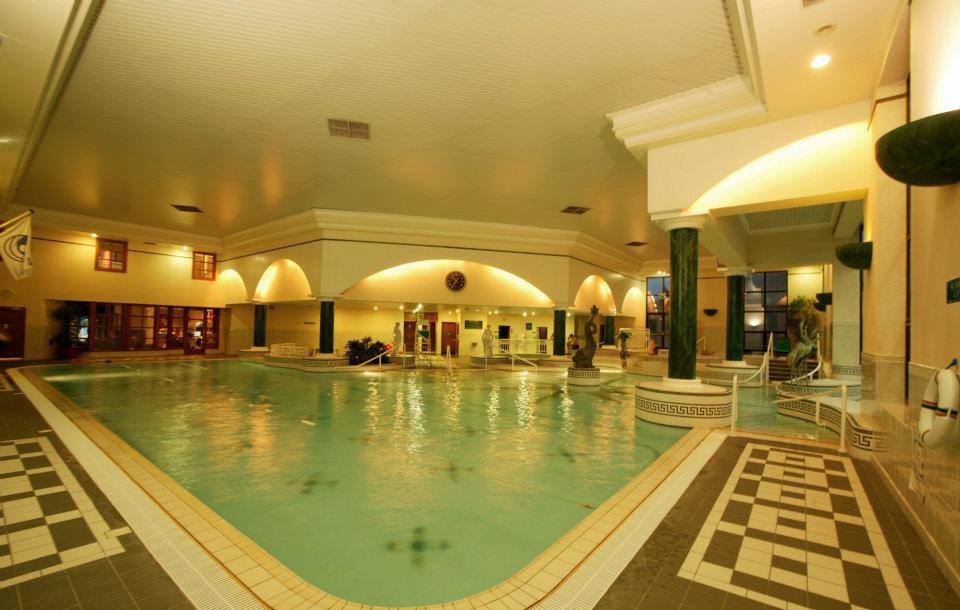 Hotels run day and night, and as a business attached to a hotel its only natural that some of that attitude would seep over into the gym.

In 2015 Active Fitness became the first gym in Galway that is open 24 hours a day. And that change has definitely had an impact on their patterns of business that is well appreciated by customers.

While the busiest time of the day is still after 5 o’clock or so when people are starting to knock off work and want to stretch their muscles before heading home for the evening, other busy times fall a little outside of the usual schedule.

“It’s very busy up until about 12 and 1am, especially during the winter time, because most gyms are kicking people out at 10. So people come trooping in at about half nine or ten,” Andrew says.

The gym is staffed at all times day or night, and if someone wants to come in for a run or to spend some time doing weights after 11:30pm, all they have to do is buzz on the bell outside to get in. 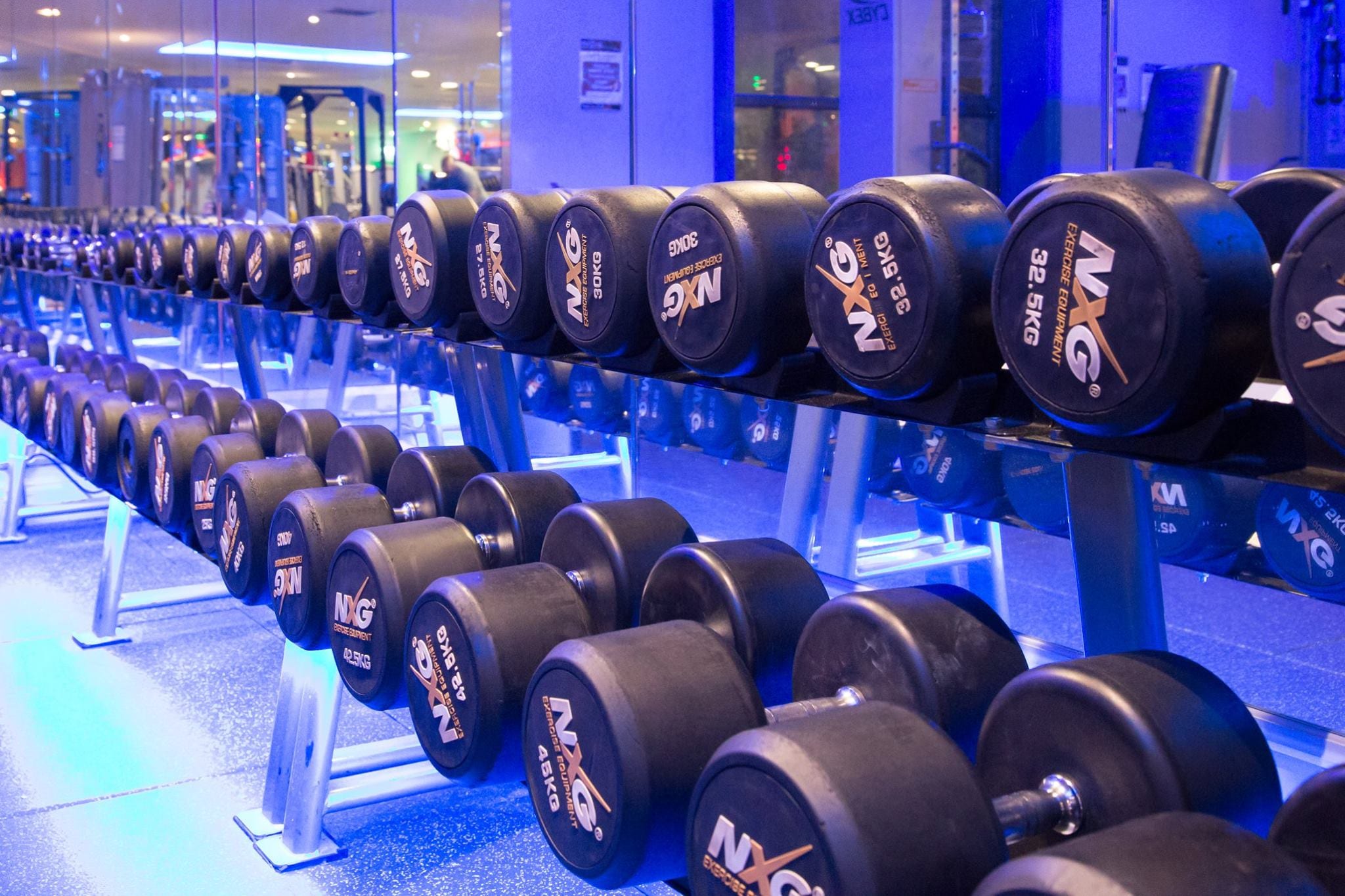 That said, there’s generally only a small handful of insomniacs who get their exercise in between one and four in the morning he says.

But from 4am onwards the early risers love being able to take advantage of Active Fitness being open to get their exercise done and dusted while other people might still be contemplating their morning coffee.

“Sometimes I’ll be starting at quarter to six or six and people already have their hour in the gym done. I’m meeting them on the way out”.

These might be either later night bar staff who don’t get out finish work until three in the morning, or else people who have to be at work by six, so either way they’re exercising at “crazy o’clock” as Andrew puts it.

Of course if there’s one story that everyone knows about going to the gym it’s the proverbial gold rush that comes on the back of heartfelt resolutions.

People have finally managed to digest days of Christmas feasting and are positively brimming with good intentions about the Adonis like figure they will cultivate for themselves in this new year.

“Maybe second week in January, people are back into routines, maybe have a bit of money again. Usage picks up from your members, there’s a lot of new members, a lot interest.”

That grace period usually lasts until about St. Patrick’s Day weekend. That’s usually about the point in time when people who picked a new membership decide that maybe this whole fitness lifestyle isn’t for them.

But Andrew is at pains to explain that this is about managing expectations. It’s more important

“A lot of what they do wrong is they try to do too much. When I was an instructor I used to hear that a lot, people saying I’m going to come in four times a week and I’m going to do two classes on top of that.”

He shakes his head and puts his hands up imploringly to me. “I’m like, no, just come in three times a week.”

“And then they get demotivated and then they stop coming. They just commit to too much, the same as with you diet. people try to cut out everything straight away rather than just cutting out certain things. Just taking it step by step.”

“It’s all or nothing with most people, which isn’t sustainable, you just can’t keep it up. That’s why people get frustrated. It’s not that they don’t like the gym, they just

They could get injured or think that this is taking too much time. They don’t realise that all they have to do is 30 or 15 minute sessions, three or four times a week, especially starting off.”

Though Active Fitness is part of the Connacht Hotel, it’s more than just a place for tourists to relax, it’s a great resource for the community in Mervue, Renmore and beyond.

“It depends on what you’re looking for. The pilates is popular as well, it’s a bit of a sore class but if anyone’s looking for back care, stretching, or mobility then them classes will suit them.”

The classes also cater to people of all ages, with the spinning classes in particular being popular with older members because it can be easily tailored to people of every capability.

It’s a low impact form of exercise that nevertheless provides a solid workout, Andrew explains, especially for the heart and lungs which is important for older people keeping in shape.

Next year will be the 25th anniversary of Active Fitness, and many of its members have been consistently coming through its doors since they first opened in 1995.

“I worked here as an instructor back in 2005,” Andrew says “and a lot of the members that I knew then were still here when I came back, so it was nice to see them again”.

That personal touch and the friendly relationship between members and instructors is encouraged to make people more comfortable with coming to gym and asking for help.

“The staff here are very friendly because of the hotel vibe. You know, it’s very welcoming and you’ll always get a hello. The whole thing when I started was to try and create a bit of a community”.

To help in that effort Active Fitness now runs a number of events each year like the Tough Mudder or Hell & Back challenges where people can have some fun with their friends while seeing the payoff of their efforts.

That said, you certainly can’t ignore the needs of hotel guests who come to make use of the pool and other leisure centre facilities. Sadly the pool isn’t open 24/7 Andrew tells me, because as inviting as a late night dip sounds when you could have it to yourself, there might just be the odd health and safety issue.

But meeting the needs of guests at the Connacht is a crucial consideration that has to be factored into planning out their schedule, especially during peak tourist season in the summer.

“Summers you have to reduce your class timetable, bring on extra staff. They used to stop classes altogether during the summer, but we keep them going now.”

“Because you get a lot more kids and families coming in all day long. So you have to watch the pool and you have to be out there lifeguarding.”

In the Winter time, with Christmas fast approaching people are no doubt working to get in some last minute exercise before a decadent Christmas.

Classes at Active Fitness run right up until December 20 this year before taking a break for the holiday season.

To see what classes, leisure facilities, and membership options are available at Active Fitness gym and leisure centre got to www.activefitness.ie

Urgency needed on pay if Community Employment is to be sustained...

Road users warned of freezing fog and ice this evening and...