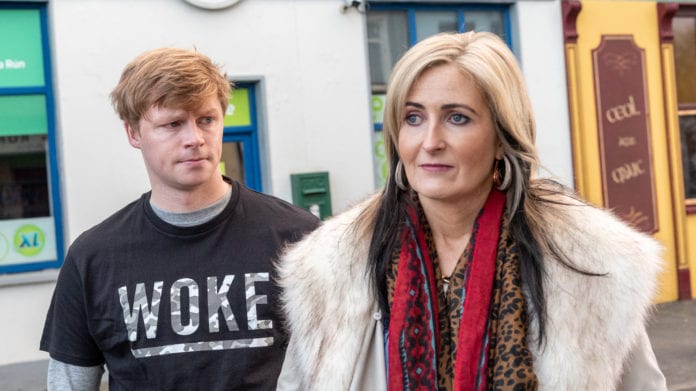 This week on Ros na Rún, Pádraig and Katy clash over award recognition, while Nathan is almost ready to reveal everything to Bobbi Lee.

With Gaudi winning a prestigious award, Pádraig feels blindsided by Katy, believing he was instrumental in this achievement and that he should be recognised accordingly.

Katy, however does not see his point of view. When she refuses to grant him a reference Pádraig makes a drastic decision.

Is he finally going to leave Ros na Rún behind and start a new life elsewhere?

Bobbi Lee is playing Florence Nightingale, mothering poor Nathan back to health while languishing in her life saving efforts.

Nathan sees such a maternal exterior in Bobbi Lee, that he decides, once and for all to reveal all. Will Bobbi Lee be receiving a Mothers Day card from her son this year?

Meanwhile, Berni makes a shocking discovery that could alter her life forever.

Máire suffers a severe rash on her face, believing that it came from Caitríona’s lotion.

When Máire takes to expressing her dissatisfaction on her Vlog, Caitríona is incensed.

Catch all of this and more on TG4 at 8:30pm on Tuesday, with the fallout from all this still to come later in the week.