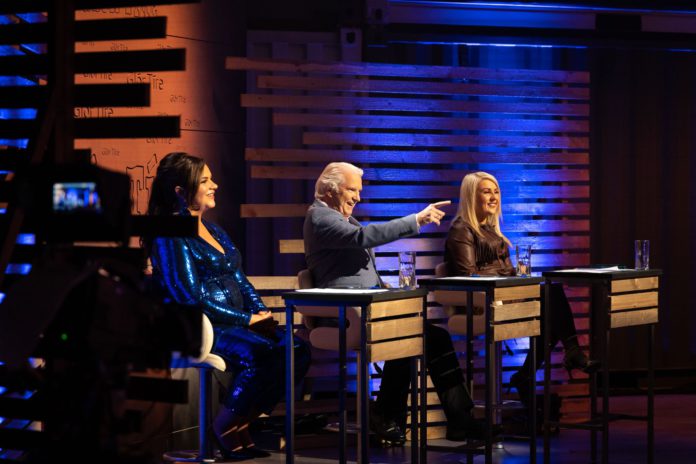 A brand new season of TG4’s Glor Tíre begins tonight with a new studio, set and format for the station’s annual search for the best country music singers.

Three Galway women are among the talented contestants in the 18th season of the popular talent show which starts at 9.30 tonight on TG4.

Galway singers Katelyn Molloy and Deirdre Keane will both be mentored by Ciarán Rosney,  while Rachel Goode from Ballinasloe will be mentored by fellow Galwegian Mike Denver.

Denver will also put Aishling Rafferty from Tipperary Town through her paces and Louise Morrissey will be the guest judge of Mike Denvir’s aspiring stars.

Hailing from Fermanagh is Rachel McConnell who will be mentored by Olivia Douglas, and she will also support Colin Kenny from Borrisokane in Tipperary as he aspires to win the Glór Tíre title.

Leading country artist Johnny Brennan will mentor Tracy Brennan from Dungannon in Tyrone and Kenny Crawford from Lifford in Donegal.

Filmed in Claregalway, Glor Tíre features Ireland’s biggest names in country music, and the winner will receive the much sought-after title as well as a cash prize fund of €5,000, sponsored by Louis Fitzgerald Group & Joel’s Restaurant.

In addition, the winner will join country music star, Mike Denver and friends for one week  of shows and performances in Portugal in 2022 and this is sponsored by Paul Claffey Tours.

Resident judges Jo Ní Chéide and Caitriona Ní Shuilleabhain will be joined by guest judges, who are some of the biggest names and supporters of Irish country music industry.

Presenters Aoife Ní Thuairisc and Séamus Ó Scanláin will once again engage with contestants, judges and mentors and entertain TG4 Glór Tíre audiences at home. Eight contestants will feature in an initial four concert programmes when their mentors introduce audiences and fans to their contestants for the first time.

Voting will only open live during the first elimination programme and all votes are zeroed after each elimination which will bring great intensity and excitement to the performances of season 18.

Ultimately five contestants will make it to the semi-final and three will go on to the final when the winner will be announced on 22 February 2022.

“I’ve had an amazing year, since winning the Glór Title, I’ve learnt so much about the country music industry from my mentor Mike Denvir, I’ve grown in confidence and built a fantastic, loyal fan base and it’s all thanks to the brilliance of TG4 and the Glór Tíre series,” said Emma, who went on to wish all contestants every success and encouraged them to savour every moment of the competition.

All in all this promises to be the most exciting season yet of the hit TG4 show Glór Tíre.

Return to TV screens on 11 January with this very exciting and competitive shows broadcast on 18 and 25 January and on February 1, 8, 15 and 22.